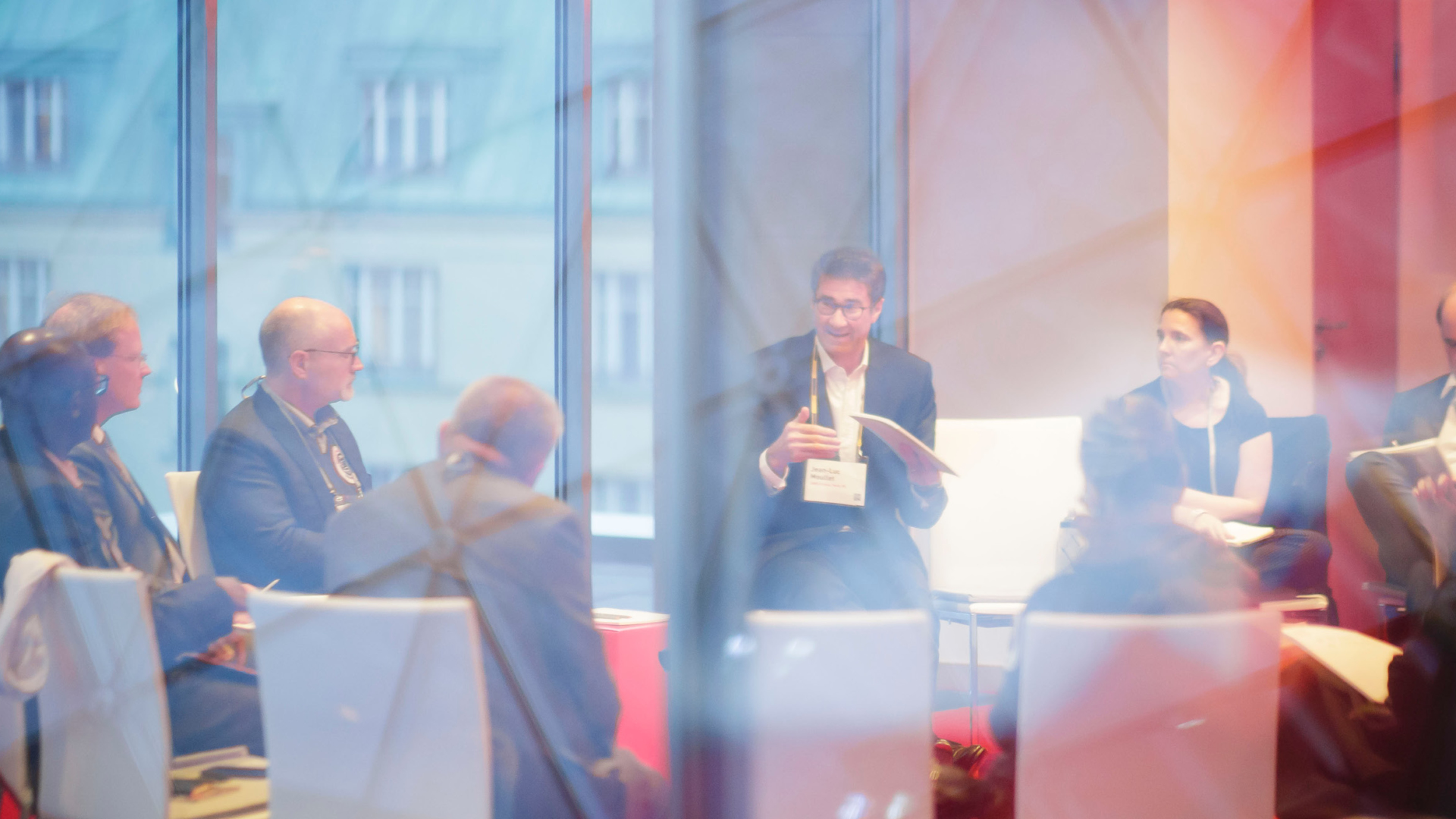 In cooperation with the VolkswagenStiftung and WZB Berlin Social Science Center, Falling Walls is hosting this unique format to connect researchers in the social sciences and humanities from all over the world. The symposium gathers our winners for the Falling Walls Breakthrough of the Year 2021 in Social Sciences and Humanities as well as partners from academia and business to discuss the most pressing issues and recent breakthroughs in this field.

Sabina Leonelli is Professor of Philosophy and History of Science at the University of Exeter, where she co-directs the Centre for the Study of the Life Sciences (Egenis). She is Fellow of the Wissenschaftskolleg zu Berlin (21-22), Alan Turing Institute, Academia Europaea and Académie Internationale de Philosophie de la Science; Editor-in-Chief of History and Philosophy of the Life Sciences; and twice ERC grantee. Her books include Data-Centric Biology: A Philosophical Study (2016), Data Journeys in the Sciences (2020) and Data in Society: A Critical Introduction (2021).

Chris Bail is Professor of Sociology and Public Policy at Duke University, where he directs the Polarization Lab— an interdisciplinary team studying how data science can mitigate political tribalism on social media. A Guggenheim Fellow, his research has appeared in leading academic journals such as Science and covered by the New York Times, the BBC, and many other prominent media outlets. He is the editor of the Oxford University Press Series on Computational Social Science, and the director of SICSS: a program that provides free data science training in thirty locations around the world.

Daria Gritsenko is Assistant professor at the Helsinki Center for Digital Humanities, University of Helsinki. For over a decade, her scholarly focus was on the interplay between private and public actors in environmental sustainability and large infrastructure governance. Her on-going research utilises her expertise in environmental policy and governance to explore the future of the information environment. Daria is also the founder of the Digital Russia Studies, an international and interdisciplinary scholarly network that advances a combination of data science with social sciences.

Sven Beckert is the Laird Bell Professor of History at Harvard. His work focuses on the history of capitalism in global perspective. Translated into 12 languages, his last book, Empire of Cotton, won, among others, the Bancroft Award, the Premio Cherasco Storia, the Cundill Prize for Excellence and was the runner up for the Pulitzer Prize in History. The New York Times named it one of the 10 most important books published in 2015. Beckert has been a Guggenheim Fellow as well as a Humboldt Fellow, and co-chairs the Program on the Study of Capitalism as well as the Initiative on Global History.

Elena Esposito is Professor of Sociology at the University Bielefeld and the University of Bologna. A leading figure in sociological systems theory, she has published extensively on the theory of society, media theory, memory theory and the sociology of financial markets. Her current research on algorithmic prediction is supported by a five-year Advanced Grant from the European Research Council. Her latest book “Artificial Communication: How Algorithms Produce Social Intelligence” will be published in 2021 by MIT Press.

Currently the Mellon Chair in Indian Studies at the University of Witwatersrand, Dilip Menon was educated at Delhi, Oxford and Cambridge. He is a historian of ideas and his research focuses on oceanic histories and epistemologies of the global south. He has worked collaboratively with scholars from Africa, Asia, and Latin America to develop a conceptual vocabulary for the social sciences from traditions of intellection in these spaces. He works with the idea of paracoloniality; of what always exceeded the colonial encounter in the making of the modern world.

Michèle Lamont is Professor of Sociology and of African and African American Studies and the Robert I. Goldman Professor of European Studies at Harvard University. A cultural and comparative sociologist, Lamont is the author or coauthor of a dozen books and edited volumes and over one hundred articles and chapters on a range of topics including culture and inequality, racism and stigma, academia and knowledge, social change and successful societies, and qualitative methods. She is working on a book on social change and repertoires of hope.

Koray Caliskan is Associate Professor of Strategic Design and Management at Parsons, The New School, and Associate Editor of the Journal of Cultural Economy. He is the Associate Director of graduate program in Strategic Design and Management at Parsons. He received his Ph.D. with distinction from NYU’s Politics Department, with which he won the Malcolm Kerr Social Science Award from MESA. His book Market Threads came out from Princeton UP. His next book on cryptocurrencies, entitled Data Money, will come out from Columbia UP. Now, he works on economic sociology of digital advertisements.

Prof. Dr. h.c. Jutta Allmendinger, Ph.D., is President of the Berlin Social Science Center (WZB) and Professor of Sociology in Education and Labor Market Research at Humboldt Universität Berlin since 2007. In addition, she has served as Honorary Professor of Sociology at Freie Universität Berlin since 2012. Jutta Allmendinger studied sociology and social psychology in Mannheim and Madison, Wisconsin, earned her Ph.D. at Harvard University and her habilitation degree at Ludwig Maximilian University (LMU) in Munich. From 1992 to 2007, she was a professor there.

Racha Kirakosian holds the chair of Medieval German with the focus on late-medieval religious text culture at the Albert-Ludwigs-University Freiburg. Before, she was Associate Professor at Harvard University (Germanic Languages and Literatures/Study of Religion). At the University of Oxford she served as Faculty Lecturer (Medieval and Modern Languages), College Lecturer (Somerville), and Director of Studies for German (Oriel).

Marike Schiffer is a Senior Editor at Nature Human Behaviour with a background in cognitive psychology and neuroscience. Following her post-doctoral training at Oxford University, Marike worked as a Lecturer in Psychology in London before moving into editorial work. At Nature Human Behaviour, Marike handles research across the behavioural sciences, with a focus on cognitive psychology and cognitive neuroscience. She leads the journal’s magazine section.

Jianghong Li, Ph.D., is a senior researcher at the WZB Social Science Center Berlin, Germany. She is an Adjunct Associate Professor at Curtin University and Honorary Research Associate
Telethon KIDS Institute, The University of Western Australia in Western Australia. Her research interests revolve around social, economic, psychological, biological determinants of child health and development. Her current research focuses on the impact of parental employment status, work hours, and work schedules on children’s health and development.