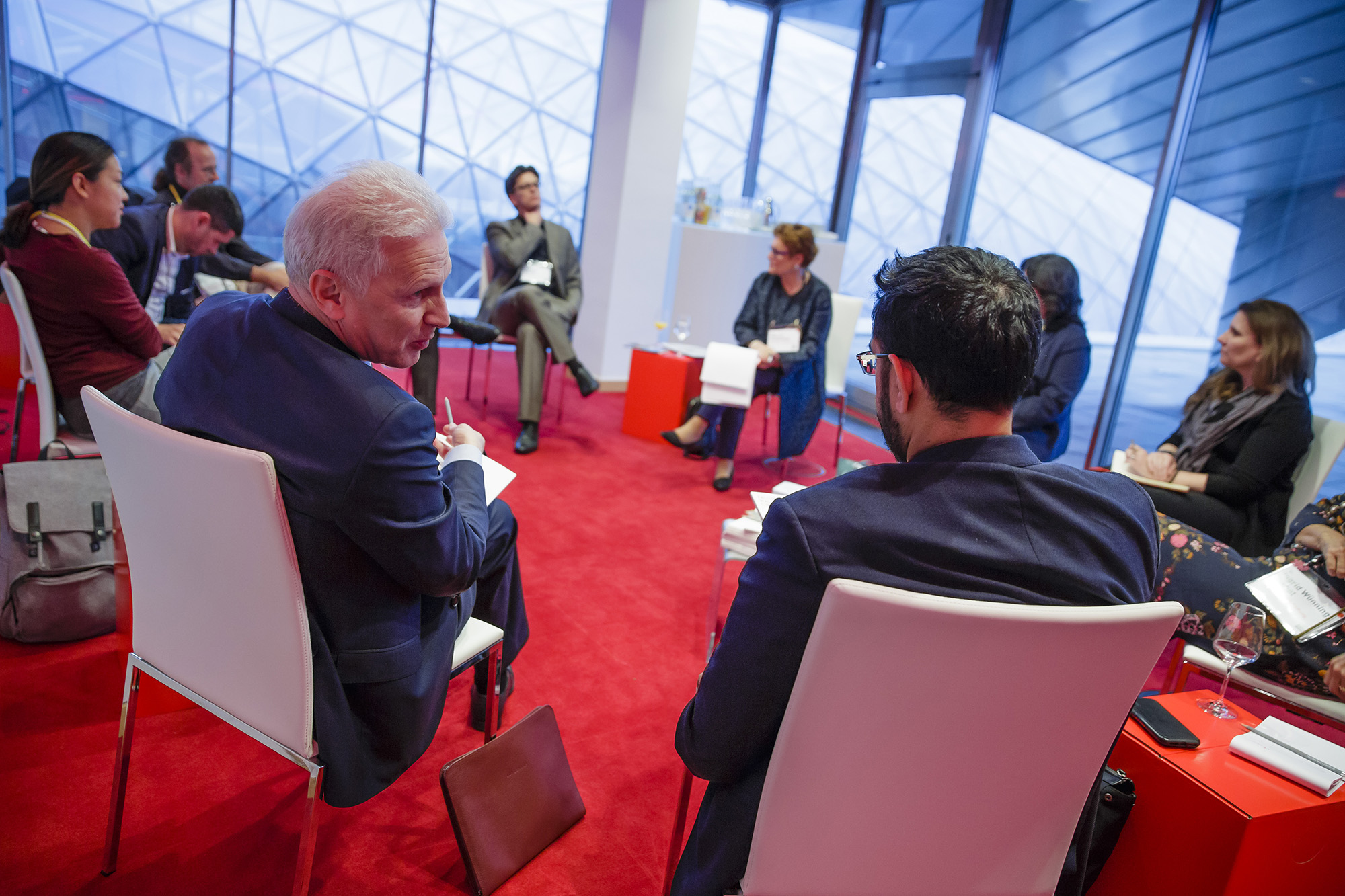 The d4agrotech research and innovation initiative launched by the province of Lower Austria and the AIT Austrian Institute of Technology aims to make agriculture and food production more sustainable, climate-friendly and efficient through digitalisation. The aim of this initiative is to develop and use (bio)sensors to collect data on soil fertility, water availability or threats to plant health, for example, and to derive reliable forecasts and decision-making options from them with the help of algorithms and artificial intelligence (AI) and to develop concrete solutions for farmers and food processors. This gives industry partners the opportunity to advance research and development projects through funded cooperation projects and thus to implement products on the market more quickly.

Since February 2020, Jochen Danninger has been a member of the provincial government of Lower Austria, in charge of economy, tourism and sports. Before, he was the Chief Financial Officer of “ecoplus. Niederösterreichs Wirtschaftsagentur GmbH”. A lawyer by education, he began his career as an assistant to Dr. Paul Rübig (Member of the European Parliament), then served as political advisor and office manager for several presidents of the National Council. In 2009, Jochen Danninger moved to the Federal Ministry for European and International Affairs, where he held the position of Chief of Cabinet. In December 2013, Jochen Danninger was sworn in as State Secretary for Finance. From January 2015 onwards, he was responsible for sustainability and corporate social responsibility at the HYPO NOE Group, which is owned by the State of Lower Austria.

Angela Sessitsch studied biochemistry and food chemistry at the Graz University of Technology and began her research work at the FAO/IAEA Agricultural and Biotechnology Laboratories. After completing her dissertation at the University of Wageningen in the Netherlands, she received an APART grant, which enabled her to set up a working group at ARC Seibersdorf Research GmbH and to qualify as a professor at the University of Natural Resources and Life Sciences, Vienna. Since 2004, she has led the Bioresources division at the AIT. Angela Sessitsch and her working group investigate microbiomes in soil and plants to better understand their diversity, features and influence in the environment. Similarly, they have been looking at applicable and relevant topics, such as soil remediation, plant protection and food security.

Barbara Diehl is a respected expert in entrepreneurship, innovation and education and has been in charge of partnerships with science and business at SPRIND since 1 December 2020. She is a member of the Sprind Management Board and has also been a member of the accent advisory board since the start of 2020.

Before she moved to SPRIND, she worked successfully in Great Britain and Ireland for 10 years: at the Entrepreneurship Centre at the University of Oxford (2008-2015) and the Innovation Academy at University College Dublin (UCD) (2015-2018). In Oxford, for example, she led early-stage investment programmes and an executive education programme for fast-growing small companies (Goldman Sachs 10,000 Small Businesses-Growth Programme). She was also a member of investment committees at various seed investment funds. Back in Germany, she was the Head of Transfer and Innovation at the Helmholtz Association of German Research Centres from 2018 to 2020.

Barbara Diehl’s particular strengths: She is able to give learners the confidence to develop and test their creative and entrepreneurial skills.

Sebastian Vogler studied journalism and communication at the University of Vienna. Subsequently, he was awarded a Bachelor of Science from the University of Natural Resources and Life Sciences in the field of wood and fibre technology. During this time, he also moved on from his diploma and apprenticeship in joinery and furniture manufacturing and restoration at the Higher Technical College in Mödling. Sebastian Vogler went abroad for a month in 2017 to Indonesia, where he was able to work on the interdisciplinary “Sustainability Transitions” project. In 2020, he attended a summer school on the topic of “Digital Transformation and Data Science” at the University of California, Berkeley. He gained professional experience as a carpenter and construction manager at Asrama Kuru in Indonesia and as a business developer at JAF Global in Stockerau and at Silvader in Vienna. Since 2019, Sebastian Vogler has been studying for a Masters in Wood Technology and Management at the University of Natural Resources and Life Sciences, Vienna and is Managing Director and Co-Founder of Beetle ForTech in Tulln.

Katinka Wolter currently works at the Department of Mathematics and Computer Science at the Freie Universität Berlin. Katinka Wolter is conducting research in the fields of computer security and reliability, computer communication (networks) and distributed computing. Together with Will Knottenbelt from Imperial College London, she has been working on fairness in cryptocurrency mining pools. Previously, Ms Wolter was an Assistant Professor of Computer Science at the Humboldt International University in Berlin. She started her career at the Technical University of Berlin as a research assistant in the Department of Computer Engineering and Microelectronics.

2021 Breakthroughs of the Year in the Emerging Talents category, Falling Walls Lab