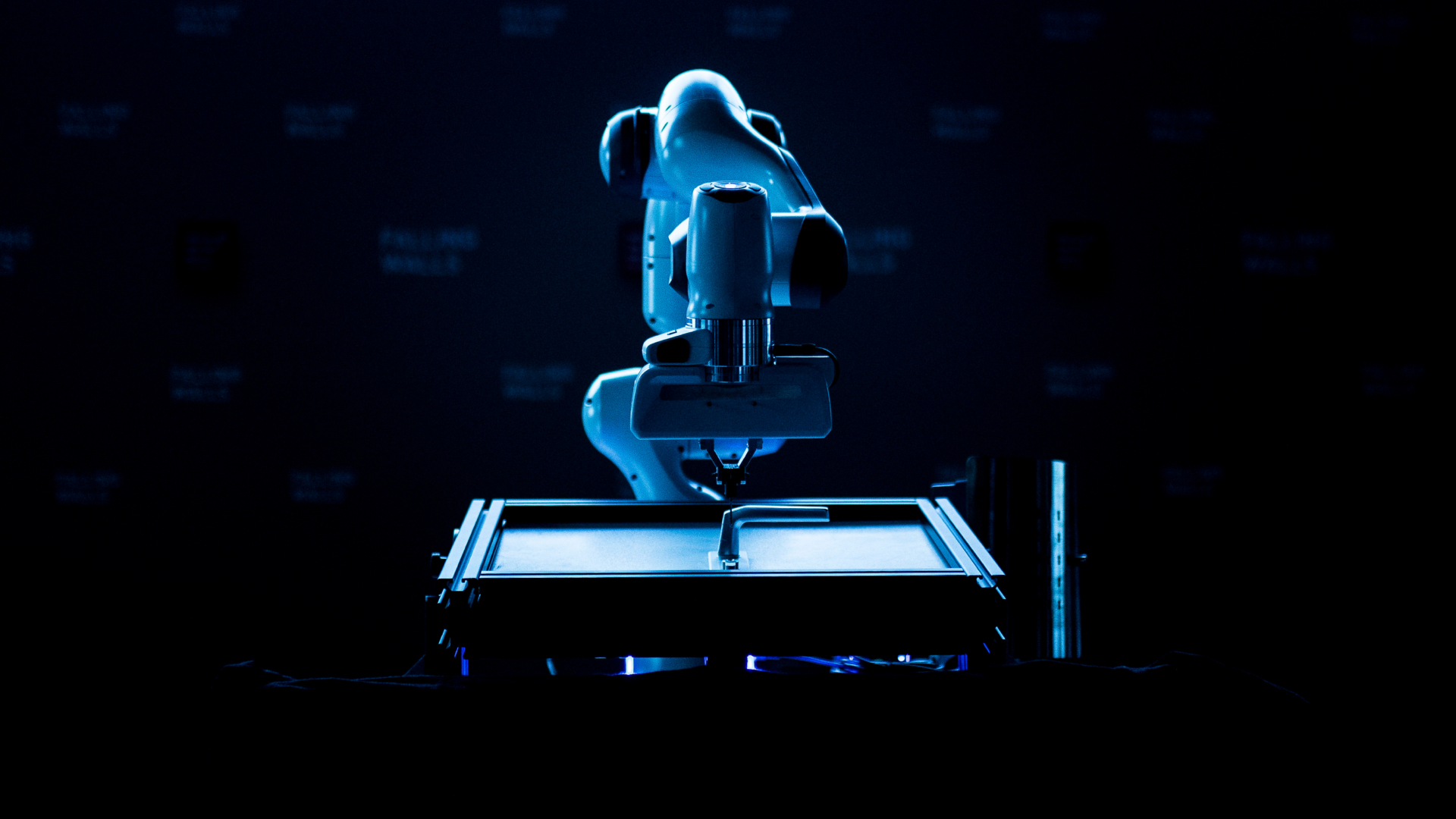 Falling Walls Circle Table: Industrial AI or the Challenge to Scale AI in the Physical World

Industrial Artifical Intelligence is defined as the utilization of AI for physical products and within the process of their creation. This differentiates Industrial AI from purely software driven use-cases typically associated with hyperscalers.

The transfer of AI from the virtual world to the physical world at scale poses unique challenges in its robustness, safety and security. The collection of training data from physical processes is usually much more expensive and time consuming than in virtual, software-driven settings. Is data driven even the right approach for Industrial AI? How can developers incorporate prior engineering knowledge in their mathematical models to make Industrial AI more efficient and explainable?

These developments pose crucial questions in digital trust. Robustness, safety and security are the basis to trust Industrial AI, but ethical concerns are playing a critical role in designing these systems in the right way.

Join and follow the discussion between three distinguished AI pioneers – Bernhard Schölkopf, Sami Haddadin, Andrew Ng – and Michael Bolle, who is leading Bosch to the forefront of Industrial AI.

Zulfikar Abbany is a Senior Science Editor and multimedia journalist for Germany’s international broadcaster, DW (Deutsche Welle). He has produced and presented events for the European XFEL, DESY and World Health Summit in Germany, DATA.SPACE in Glasgow and spoken at the Battle of Ideas in London. Before that he was in news and current affairs with Australia Network television and Radio Australia for the Asia Pacific region. He has written for New Scientist, The Independent, The Observer, Sydney Morning Herald and The (Melbourne) Age newspapers.

Michael Bolle has been a member of the board of management of Robert Bosch GmbH since July 1, 2018. As chief digital officer and chief technology officer, he is responsible for the corporate sector for research and advance engineering as well as for the internet of things and digitalization (ID) and data processing (IT). His responsibilities also include the Bosch.IO GmbH subsidiary and the corporate departments for technology, intellectual property, and quality management.

Born in Bergheim, Germany, on May 6, 1961, Michael Bolle is married and has four children. After leaving school in 1981, he studied telecommunications at RWTH University of Aachen, taking his diploma examination in 1986. Under the supervision of Alfred Fettweis, professor for telecommunications in the electrical engineering faculty at the University of Bochum, he was awarded a PhD (Dr.-Ing.) in 1992.

Prof. Sami Haddadin is Director of the Munich School of Robotics and Machine Intelligence at the Technical University of Munich (TUM) and holds the Chair of Robotics and System Intelligence. His research interests include robot design and control, robot learning, collective intelligence, human-robot interaction, embodied AI, human neuromechanics, intelligent prosthetics and robot safety. Prof. Haddadin was Chair of the Institute of Automatic Control at Gottfried Wilhelm Leibniz Universität Hannover from 2014 to 2018. Prior to that, he held various positions as a researcher at DLR. He has received numerous awards for his scientific work, including the German Future Prize of the Federal President (2017) and the Leibniz Prize (2019).

Dr. Andrew Ng is the CEO and Founder of Landing AI, an industrial AI company aiming to empower customers to jumpstart AI and realize practical value. One of the Landing AI’s core products is LandingLens, an end-to-end AI platform specifically designed for industrial customers to build and effectively deploy AI-powered visual inspection solutions. Dr. Ng is a globally recognized leader in AI. He has helped two of the world’s leading technology companies in their “AI transformation”: He was Chief Scientist at Baidu, where he led the company’s ~1300 person AI Group and was responsible for driving the company’s global AI strategy and infrastructure. He was also the founding lead of the Google Brain team. Dr. Ng is also Co-Chairman and Co-founder of Coursera, the world’s leading MOOC (Massive Open Online Courses) platform, and an Adjunct Professor at Stanford University’s Computer Science Department. Dr. Ng has authored or co-authored over 100 research papers in machine learning, robotics and related fields. In 2013, he was named to the Time 100 list of the most influential persons in the world. He holds degrees from Carnegie Mellon University, MIT and the University of California, Berkeley.

Bernhard Schölkopf is the director of the Max Planck Institute for Intelligent Systems in Tübingen. With his foundational research, Bernhard was able to become one of the most important voices in machine learning and specifically the area of causality. His work includes “common sense”-based artificial intelligence, which smartly separates coincidental correlation from actual causation. His research has won him several prestigious awards and he is currently co-heading an AI research lab funded by Amazon. Bernhard’s research is essential in shaping the intelligent systems we will increasingly interact with on a daily basis.