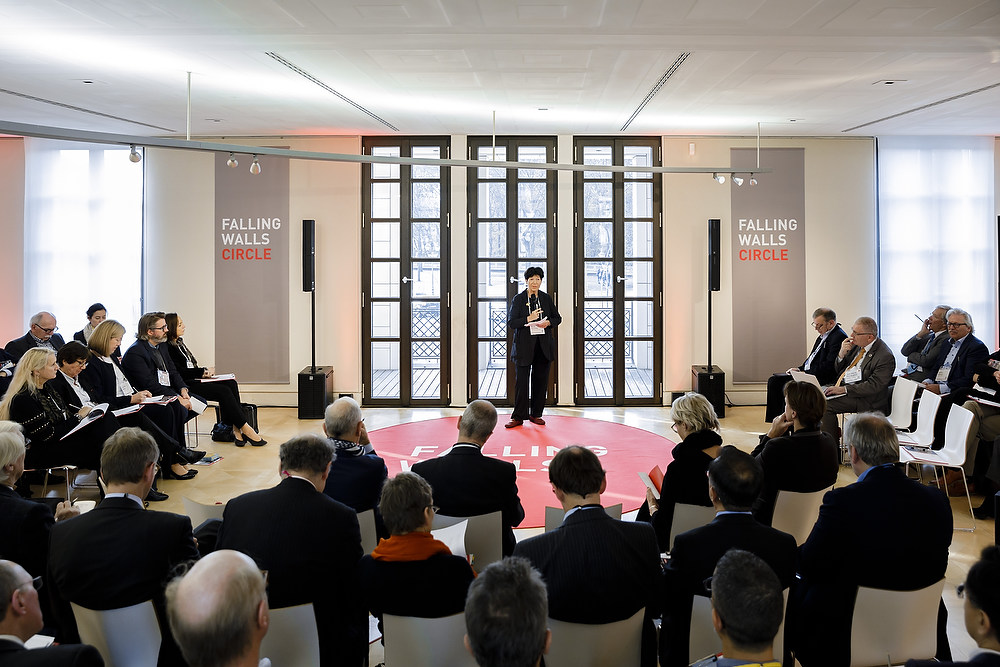 The Plenary Table “Unlocking Pathways to a Sustainable Hydrogen Economy” will explore the challenges and opportunities that may arise from the successful deployment of hydrogen technologies aimed at building more resilient economies and energy systems, while ensuring climate neutrality. We want to draw attention to upscaling energy production from renewable sources, with the involvement of the Global South and advancing a strategically integrated global energy system.

Falling Walls Circle Tables gives the spotlight to world-leading scientists and science strategists, along with policy-makers from academia, business and politics to shape the agenda of the future of science.

Marius Brand is the Executive Vice President, Sasol 2.0 Transformation at the Chemicals and Energy company Sasol. Marius is responsible for the Sasol 2.0 programme – a group-wide transformation programme positioned to achieve the Future Sasol strategy. In addition, Marius is accountable for the new Sasol business unit, Sasol ecoFT, which will use Sasol’s proven Fischer-Tropsch technology to produce sustainable fuels and chemicals, from sustainable hydrogen and carbon sources. The initial primary focus of the new business venture will be to establish a global footprint in the power-to-liquid sustainable aviation fuel market. During his career at Sasol, Marius has worked at most of Sasol’s South African operating facilities. He has been exposed to a broad range of business activities, including roles in plant operations, asset capital project management, establishing transactional and site shared services, managing profit and loss businesses, heading group strategy, and leading group-wide transformation, sustainability and digital programmes. He was appointed to the Sasol Group Executive Committee in April 2019.

Bernd Rech studied Physics at Heidelberg University and RWTH Aachen, where he obtained his PhD in 1997. From 1999 – 2006, he was head of a group specialized in solar cell technology at the Institute of Photovoltaics at the Forschungszentrum Jülich. He was appointed professor at the Faculty of Electrical Engineering and Computer Science at the Technische Universität Berlin in 2007. For several years he has been the spokesperson of the research program Renewable Energies of the Helmholtz Association. From 2006 – 2017, he was head of the Institute of Silicon Photovoltaics at the Helmholtz-Zentrum Berlin für Materialien und Energie (HZB). Bernd Rech and his team focused on the development of highly efficient and affordable thin-film silicon solar cells and new material combinations for producing tandem solar cells. He took over the office of Acting Scientific Director of the HZB in May 2017. Since June 2019, he is the Scientific Director of the HZB responsible for the research fields Energy and Information.

Philip Green is a senior career officer with the Department of Foreign Affairs and Trade and was most recently First Assistant Secretary, United States and Indo-Pacific Strategy Division. He has previously served overseas as Head of Mission in Singapore, South Africa and Kenya.

Philippe Tanguy is the President of Polytechnique Montreal technological university. As an expert in hydrogen and economy decarbonization, he has also been working with government shaping the energy transition and industry electrification strategy. Prior to joining Polytechnique, Philippe served as a top R&D executive for the broad energy company TotalEnergies in Paris and Berlin, focusing on international R&D corporate strategy, in relation with the energy transition, the hydrogen economy, and the energy-water-environment nexus. He previously pursued an academic career in several universities in Canada, including 15 years as an industrial research chairholder at Polytechnique Montreal. Philippe is presently the Chairman of the World Council of Chemical Engineering and a fellow of the Canadian Academy of Engineering. His education includes a doctorate degree in physics (Paris), a Ph.D. in chemical engineering (Laval), and an executive management training (MIT Sloan).