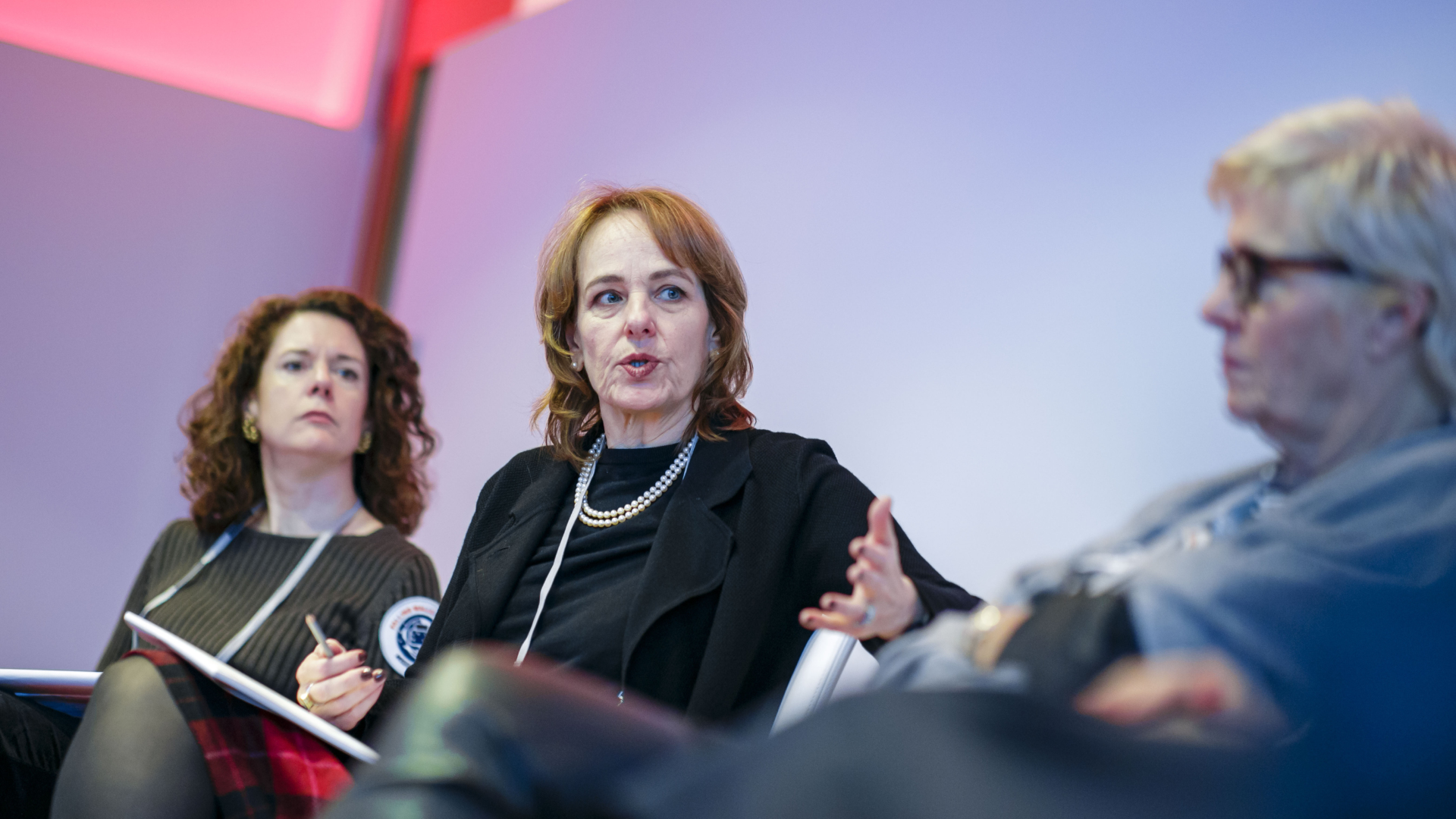 Whether we’re analysing a pandemic, calculating people’s life expectancy, organizing health insurance, collecting patient responses to new therapies or whether we’re just making an appointment in a doctor’s office: No area is as closely related to data as healthcare. Panelists with different expertise will try answering questions on how we should meet the increasing role of data for health, how it should be collected and analysed. And what roles do politics and ethics play in the field of tension between publicly or privately financed, data driven health care systems?

Falling Walls Circle Tables gives the spotlight to world-leading scientists and science strategists, along with policy-makers from academia, business and politics to shape the agenda of the future of science.

Jeanne Kehren graduated from the Maisons-Alfort Veterinary School and holds a master in Virology from the Pasteur Institute and a PhD in Immunology from the Paris 7 University. Jeanne Kehren started her career at Novartis, where she worked in different R&D roles and drove the integration of innovative technologies in drug development. She also fostered the integration of large scale data in pre-clinical and clinical investigations and developed biomarker and stratification approaches across different disease areas. She joined Sanofi in 2009 as Project Director and held successive positions in Product Development across different therapeutic areas, bringing together Commercial, R&D and Industrial Affairs teams on some major development projects. After joining the Global Strategic Development group in charge of products and Franchise investment strategies, she took the lead of the Early Assets group for Diabetes & Cardiovascular and Primary Care working on the reshaping of the portfolio and the development of new businesses. Jeanne joined Bayer on July 1, 2019, heading Digital & Commercial Innovation. As of Feb. 1, 2021 she has been appointed Chief Information Officer Pharmaceuticals in addition to her other responsibilities.

Erwin Böttinger is head of the Digital Health Center at the Hasso Plattner Institute (HPI) in Potsdam, Germany, and director of the newly formed Hasso Plattner Institute for Digital Health at Mount Sinai Health System in New York City, USA. He holds dual academic appointments as chaired Professor for Digital Health – Personalized Medicine at the joint Digital Engineering Faculty of the HPI and University Potsdam, and as Professor of Medicine and Systems Pharmacology and Therapeutics at the Icahn School of Medicine at Mount Sinai, New York City, USA. From November 2015 to July 2017 Erwin Böttinger was the CEO of the Berlin Institute of Health (BIH) where he played a key role in shaping its forward-looking strategy for ‘Personalized Medicine – Advanced Therapies’. From 2007 to 2015, he was the founding director of the Charles Bronfman Institute for Personalized Medicine at the Icahn School of Medicine at Mount Sinai in New York City, USA, and the principal architect of the Institute’s BioMe™ Biobank. Erwin Böttinger is a pioneer in groundbreaking implement- tations of personalized medicine and digital health in clinical practice.

Markus Kalliola is the project director in Health data 2030 project in The Finnish Innovation Fund Sitra and the coordinator of Joint Action Towards The European Health Data Space (TEHDAS). Prior to Sitra, he worked in the European Commission in DG Health and food safety where he was responsible of the cross-border healthcare IT projects. Mr. Kalliola has vast experience in data economy and in the next years he will work towards healthier and fairer data economy for Europe as well as towards more competitive health data ecosystem in Finland.

Jeff Dachis is the CEO and founder of One Drop, a precision health company launched in 2015 and inspired by his type 1 diabetes diagnosis. One Drop combines real-time data, AI, and on-demand telehealth to deliver continuous, proactive, personalized care to people with chronic conditions worldwide. Dachis has led One Drop through Series C financing and expanded beyond its D2C roots by launching a B2B offering for multiple cardiometabolic conditions. Next, One Drop plans to expand into new therapeutic areas and launch a biosensor to broaden access to affordable continuous health sensing technology.

Dr. Ludewig is a German Politician and since April 2018 Director General Digitalisation and Innovation of the German Federal Ministry of Health. In his capacity as Director General, he is responsible for new legislation such as the Digital Care Act (2019) and the Patient Data Protection Act (2020). He is in charge of the implementation of the new scheme to assess and reimburse digital health applications as well as the new Research Data Hub. In addition, he managed the development and rollout of the German contact-tracing app (Corona Warn App) as well as of the Digital Vaccination Certificate Service (CovPass) in Germany. Between 2011 and 2018, he has been member of the Berlin Parliament. There he served as speaker for health policy with focus on digitalisation in healthcare. With his current position at the German Federal Ministry of Health he aims to promote digitalisation and innovation in healthcare for a better and more efficient health care for patients in Germany.

Zulfikar Abbany is a Senior Science Editor and multimedia journalist for Germany’s international broadcaster, DW (Deutsche Welle). He has produced and presented events for the European XFEL, DESY and World Health Summit in Germany, DATA.SPACE in Glasgow and spoken at the Battle of Ideas in London. Before that he was in news and current affairs with Australia Network television and Radio Australia for the Asia Pacific region. He has written for New Scientist, The Independent, The Observer, Sydney Morning Herald and The (Melbourne) Age newspapers.